Profitable Tools may earn a commission if you click our links before buying. Learn more.

I have lingering effects that don't seem to want to go away. For example, the left side of my face is totally numb as I type this.

No spam, we promise. You can unsubscribe at any time and we’ll never share your details without your permission.

For those of you that wondered why the videos stopped or why I was barely active in the group, this is my explanation for you. Please feel free to skip this post. It’s not critical to your business success.

I am not looking for sympathy. Many people have it far worse than I do. I consider myself to be a very fortunate person. I want to share my story because it’s important to me. If anyone reads this and says “holy hell! this sounds exactly what I’m going through” hopefully I can share the few relief techniques that really helped me get back to being a productive human again.

Here is the timeline of events…

In mid February I got sick with “flu like symptoms”. I have four small kids so getting sick this time of year is pretty normal for me.

As I recovered from the flu symptoms, I started losing the ability to breathe fully. I felt like someone was choking me, all the time. My resting heart rate was in the 120s (it’s usually mid 50s).

Exercise was impossible (I was exercising 4x a week before getting sick). I went to the doctor and he said it was a lung infection and would go away in a few weeks. Ok cool.

Then I Didn’t Get Better.

A few months passed and things got worse. By worse I mean the world locked down and my health went downhill. I was resistant to go back to the doctor because everyone on the news was flipping out. But, I couldn’t walk up stairs or help around the house with basic tasks. I would get out of breath after a few sentences of speaking. My voice was thin and frail. I had a productive cough that never went away from my initial cold.

Sitting at my desk for a half-hour was enough to wipe me out for the rest of the day. I’d wake up, check emails for work emergencies, manage my client questions, and then go back to sleep. On good days, I’d get out for a quick walk with my kids. The fresh air helped. I am forever grateful to my wife, Amy who didn’t blink an eye in picking up my slack.

By May, it was difficult to even form thoughts, let alone speak them. My fingers and toes were completely numb most of the day. I’d get dizzy every time I stood up. Making videos was put on hold, while I tried to kick whatever was going on with me.

One day, I coughed up blood a few times and on the same day, there was blood in my urine. I went back to the doctor and they ran the gambit with testing — Blood panels, X-Rays. They ruled out the big scary diseases. I got prescribed a steroid inhaler and that really helped me start breathing better again. My heart rate almost immediately dropped back down to the normal rate after I started the inhaler, but the majority of the symptoms continued.

This cycle went on for 7 months. I saw every kind of specialist I can name. I had a brain MRI. More Xrays, CT Scans. I wore heart monitors for days to detect anomalies. Everything was “normal” except how I felt.

Somewhere along the way, I learned about “Long Haul” Covid. After talking with my doctors, it’s most likely what I’ve been going through. According to the World Health Organization, as many as 20% of people who get Covid experience prolonged symptoms [source]. Looks like I won that stupid lottery. (Play stupid games, win stupid prizes.)

Now, for the Cliff Clavins out there — there was no covid testing available to me at the time I got sick in February (testing rolled out in mid-March in most of the United States). So, did I have covid? Antibodies only last 12 weeks, so I will never know, but it doesn’t really matter.

As anyone who follows my YouTube channel hopefully knows, I am a troubleshooter. I am pretty good a sussing out problems. Here are the things that I noticed would be therapeutic and eventually the one thing that made the biggest difference.

First, I noticed is that my breathing was eased while driving in the car. I deduced that this was because I’d have the air conditioning blowing air in my face. This led me to literally drag a fan around everywhere so that I could constantly have air blowing in my face. I later learned this is a common therapeutic method for patients with COPD. I do not have signs of COPD, so that’s weird.

Then I started taking a supplement called NAC. I have no idea what NAC is, other than it helps with lung congestion. When I’d take NAC my breathing was eased significantly. It’s like $7 for a bottle on Amazon. I’m not a doctor, so do your research before taking any supplements.

Next, I stumbled on the book Breath by James Nestor. This book is primarily about how breathing through your nose can improve your life. I tried it, I was willing to test anything. The breathing exercises in his book helped. After reading the book, I came away wondering about a guy mentioned named Wim Hof. I googled him.

The first thing I found was the Vice documentary. I was intrigued. Then I was like, what the hell, I’ll try the breathing method. I found this tutorial on YouTube and gave it a try.

This thing LIT ME UP LIKE A CHRISTMAS TREE. My body was convulsing and I could feel tears streaming down my face the first time I tried it. (This is not normal, most people do not experience this level of intensity). Wim calls the breathing method a “complete reset of the nervous system”. Ok, so my nervous system might be borked. That makes sense.

I don’t like “woo woo” science, but when you dig into it… his methods actually hold up.

So, I’ve been doing Wim Hof Method for about 9 weeks now. After about 2 weeks my blood pressure dropped back into a normal range. My breathing was full and easy. I was able to start doing some mild cardio exercise. I felt human, especially for an hour or so after doing the method. I’d do it 3-4 times a day for the first month.

Now, this wasn’t a magic potion. For example, the left side of my face is totally numb as I type this. I have lingering effects that don’t seem to want to go away… yet.

The progress I’ve made in the last 9 weeks shows me that I will get better. At a minimum, I can learn to live like this. My brain is working again and my energy is returning.

I do breathwork daily and feel like a damn hippy. That isn’t how I ever “self-identified” but it’s not so bad.

If anyone else out there is suffering from long Covid, auto-immune issues, or even PTSD, I highly recommend you check into Wim’s YouTube and download his app. No links, because I don’t want this to seem like a sales pitch. Google it and investigate for yourself.

Getting better a little each day, one breath at time.

I have been developing WordPress sites for over ten years now, so I have tried a lot of different tools in that time. My goal

Zoom Together This Thanksgiving

Zoom is offering unlimited meetings on Thursday November 26th. We here at Zoom believe it is important to pause, give thanks, and recognize who and

I have lingering effects that don’t seem to want to go away. For example, the left side of my face is totally numb as I type this.

I’m a big fan of Issac Rudansky’s Agency Overdrive program. It is essentially a subscription service to access Issac’s brain. He does not update the 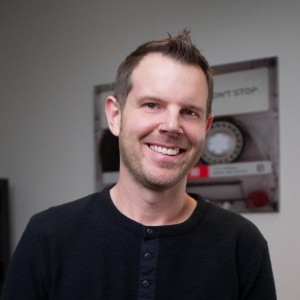 Made While Listening to Prince 🎵 in Minnesota

We'll help you get your tech right, so you can reach your business goals.

Log-in or create a free account to save items.

We use cookies for various purposes including analytics and personalized marketing. By continuing to use the service, you agree to our use of cookies. - Read more